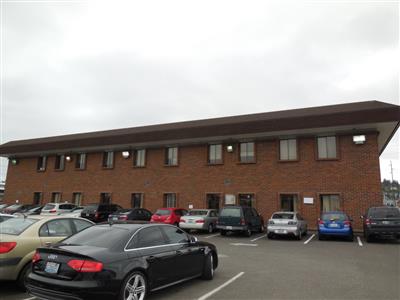 On Monday, December 21, the Seattle Daily Journal of Commerce (DJC) reported the sale of the Selig Building, located at 907 NW Ballard Way, for $17 Million to CenterCal Properties.

Selig Real Estate Holdings purchased the building in 2012 from the City of Seattle Housing Authority for just under $5.8 Million.  The building was constructed in 1979 and has been in use as professional office space since that time. More information on this parcel can be found on the King County Department of Assessments website.

Based in El Segundo, CA, CenterCal Properties is a retail development company and a joint venture with the California State Teachers Retirement System (CALSTRS).  From their website, “Our company’s mission is to find opportunities that will provide a secure return to its investors by creating solid and sustainable cash flow growth.”

One of their upcoming projects includes the redevelopment of Totem Lake Shopping Center in Kirkland.   The plan consists of creating a shopping center with a village feel, mixed-use, including entertainment, and a grocery store. More information on this redevelopment can be found HERE.

CenterCal Properties is considering replacing the two-story office building with a 75,000-square-foot building. Just like Totem Lake, there are plans for a grocery store, professional office space, and restaurant, medical or entertainment space.  Imagine the West Woodland Neighborhood having a movie theater again!

The grocery store listed in the DJC article is New Seasons Market based out of Portland, OR.  New Seasons Market is an independent, neighborhood grocer and the world’s first certified B Corp grocery store.  B Corps are for-profit companies certified by the nonprofit B Lab to meet rigorous standards of social and environmental performance, accountability, and transparency.

Other recent tenants have included city and state government agencies, such as the Seattle Housing Authority, and Department of Social and Health Services.