We are waiting on a recap from Seattle Fire, but Seattle Police tweeted out the following at 9:52 am this morning. “After an extensive investigation, no narcotics or public safety risk found during yesterday’s investigation.” 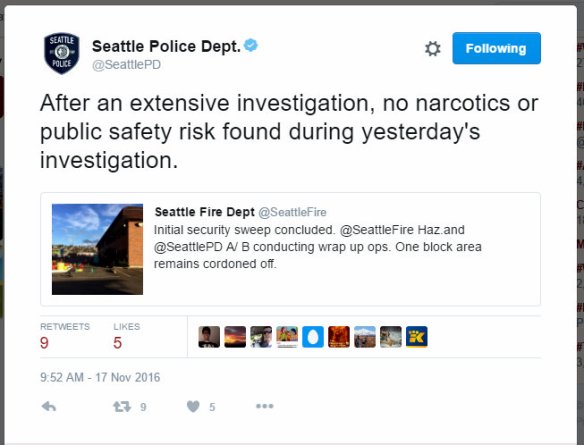 Seattle Fire completed their initial security sweep at about 3:30 pm.  They are wrapping up their investigation with Seattle Police.  Neighbors need to be aware that roads are still inaccessible in a one block radius around the scene (907 NW Ballard Way). 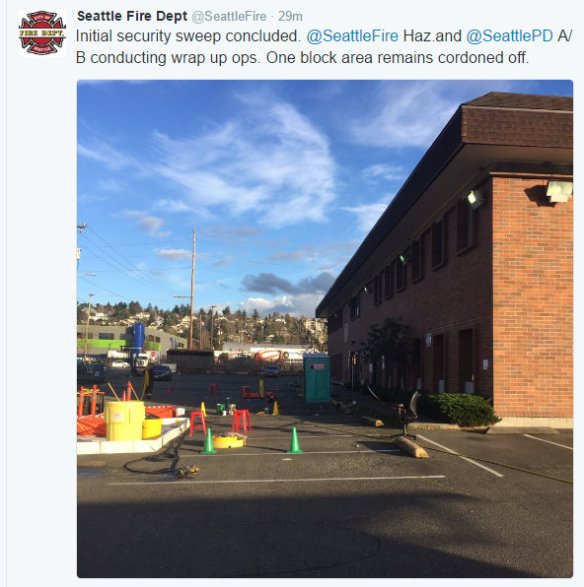 Seattle Fire and Seattle Police remind neighbors that this location is under an active investigation.  I would suggest you not drive through the area. 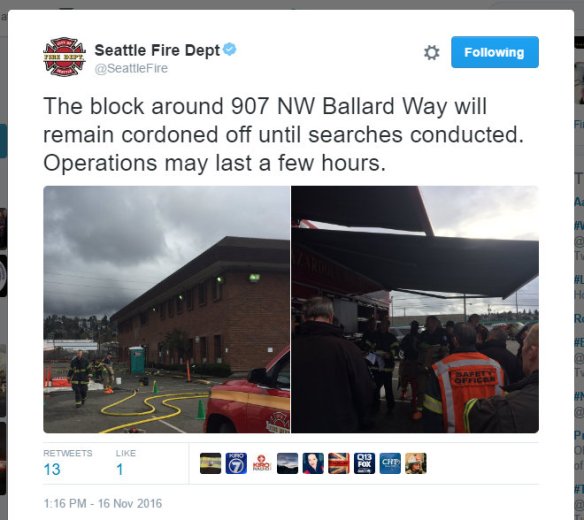 About 10:00 am this morning (11/16/2016) a neighbor contacted us regarding a large fire and police presence near 11th Ave NW and NW and NW 46th Street.  Seattle Real-Time 911 showed that Seattle Fire had responded to a hazardous material, spill-leak call.

The location, 907 NW Ballard Way, has sat empty for many months.  Once a DSHS office and more recently home to Trupanion, a pet insurance business, this location will soon be under construction and the future home of New Seasons Market.  The Portland, OR based grocery store is scheduled to open Fall 2017.  See additional posts regarding this property HERE.

Seattle Fire posted to Twitter that it was a potential drug lab and to expect a large response.  I contacted Seattle Fire Public Affairs and was told that officials were waiting for further information before releasing a statement.  Neighbors are encouraged to check Twitter (@SeattleFire) for updates.

Neighbors who live in the area have shared that drug related activity is not new at this address and that finding drug paraphernalia was not uncommon.  Additional updates available via Ballard News Tribune. 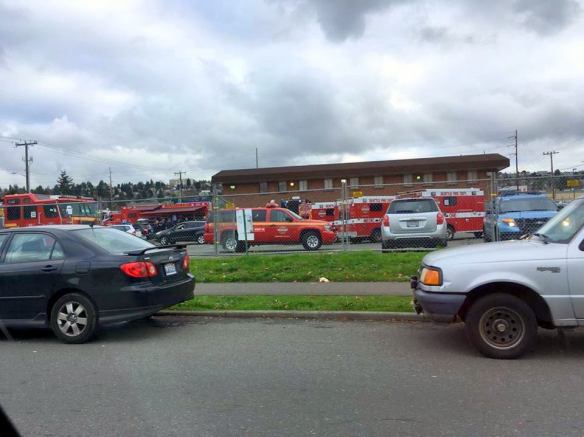 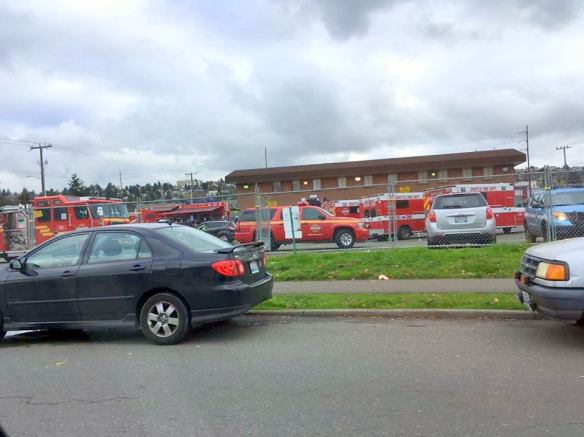 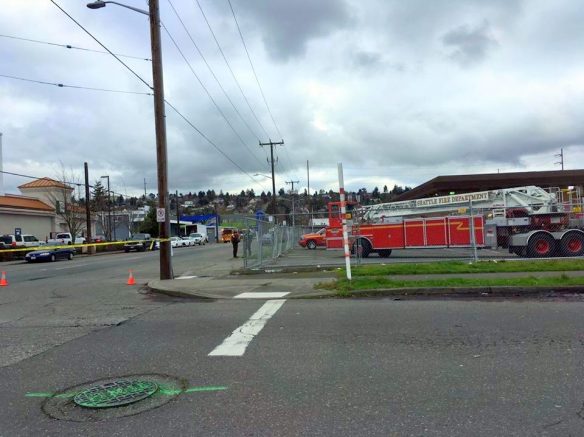